This is a photo of the wedding of Joshua Coatsworth Dobie and Dora Lovell Meikle, at the home of Dora's parents, John Lovell Meikle and Jean Milne, In Port Arthur, (now part of Thunder Bay), Ontario, Canada. I've identified (and guessed at) as many people as I can but they are few and far between. 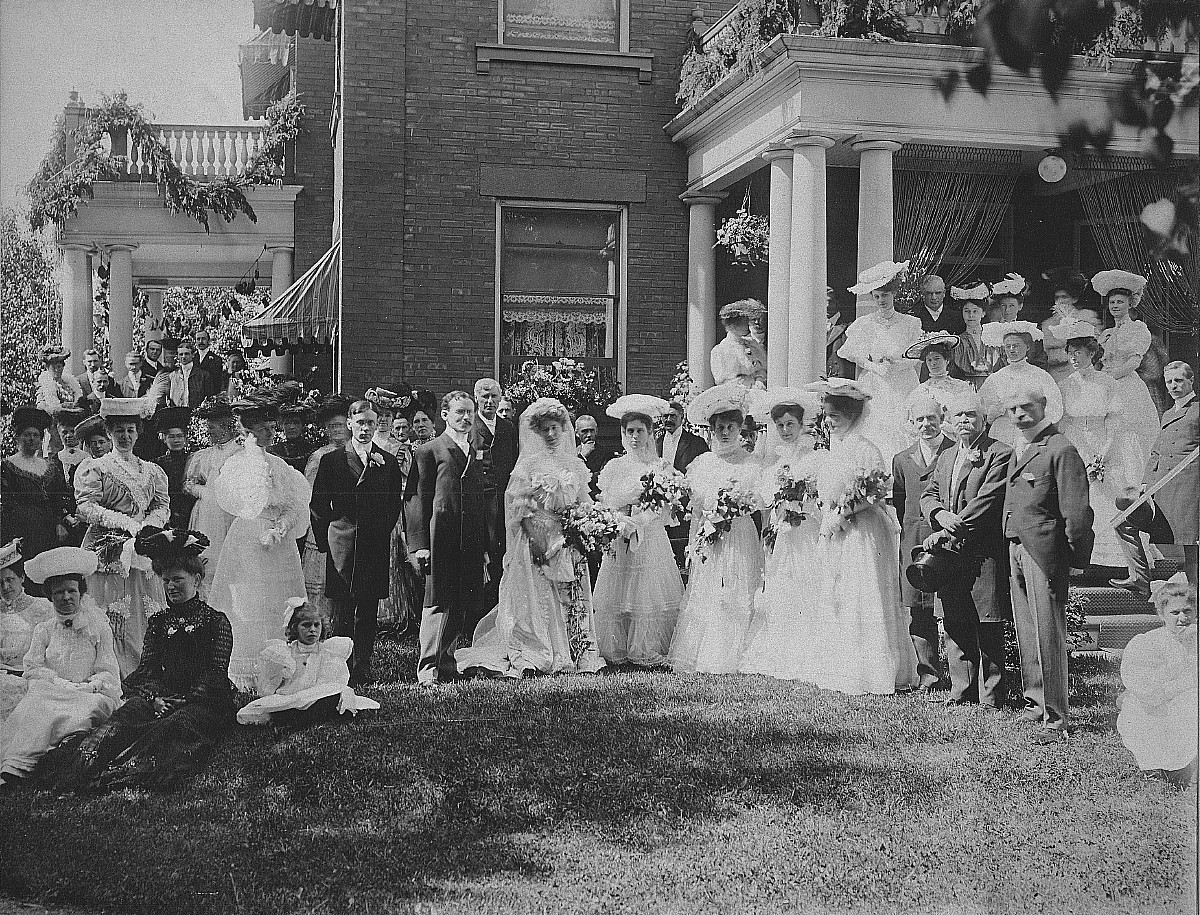